Chapter 7 of the sequel will take the reader to Portmahomack golf course and the far eastern reaches of the Tarbat Ness peninsula.  Despite its easterly location, Portmahomack is famed for its sunsets – uniquely on the east coast, it is a fishing village which contrives to face west. 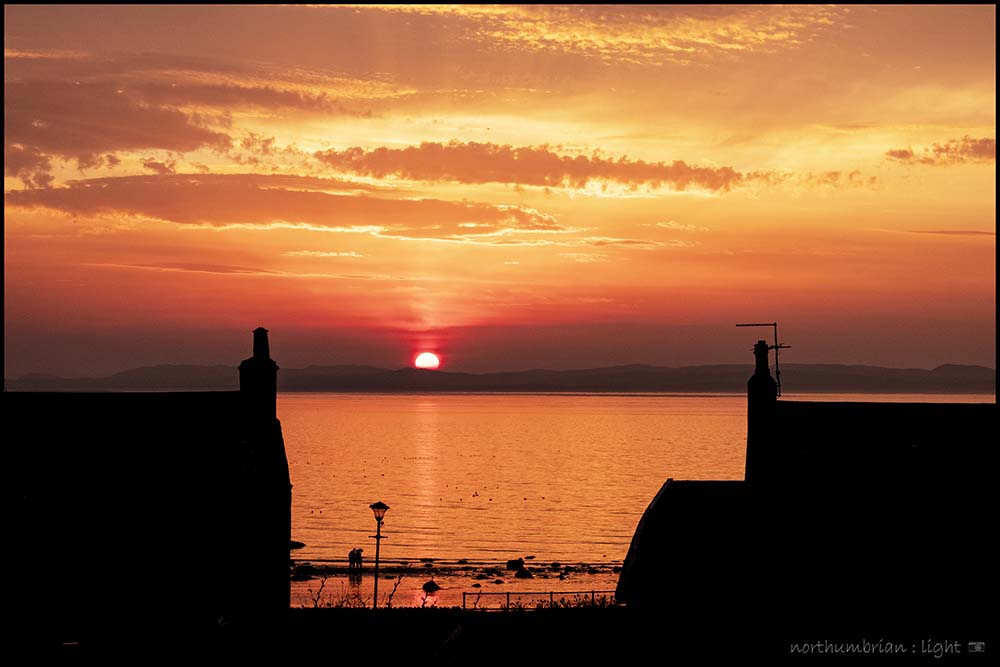 My youngest has recently produced the image for the chapter heading which features a SEPECAT Jaguar, the British-French jet attack aircraft which was in service with the Royal Air Force and a familiar sight above Portmahomack in the 1970s.  As luck would have it, I am in contact with one of the pilots who flew these remarkable machines – Wing Commander Chris Barker RAF (ret). 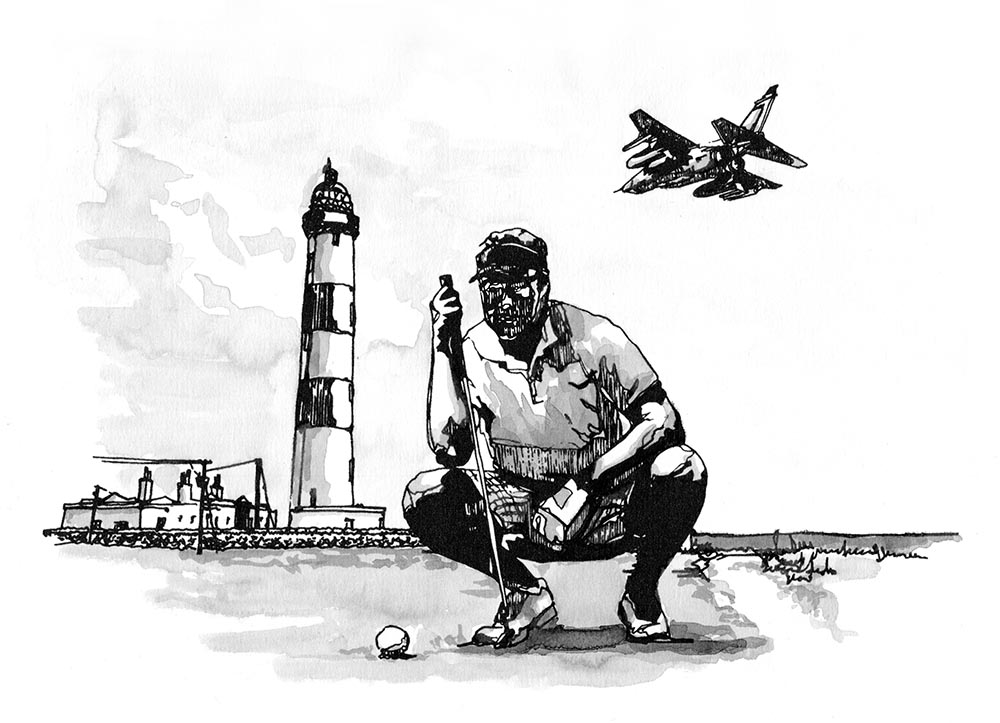 In the 1970s aircraft navigation systems were not as advanced as we might imagine and finding nearby Morrich More bombing range was assisted by Stevenson’s maritime creation, the Tarbat Ness lighthouse … “we would fly over the lighthouse to get a fix, the most accurate way to do so and find the target for the Jaguar. It had an early inertial navigation system which was prone to drift and which needed frequent updates”. As for that all-important variable, speed … assuming a direct track of 12 kilometres (6.5 nautical miles) from the lighthouse and a level attack (called laydown) at 8 nautical miles a minute, the time to reach to reach the target would be about 49 seconds.  They were not hanging about.