This is an image of the original small golf house, pre-dating extension to eighteen holes and the replacement clubhouse opened in 1908.  It is archetypal Edwardian. Men are behatted, mostly in straw boaters, ladies are demure and, a group of bare-footed children loiter optimistically, one carrying a golf bag of equal stature. A pre-1914 image of hope and innocence.  Another photograph hanging in the clubhouse shows Ramsey MacDonald making an introductory speech at a Cullen golf competition at the end of July 1937. “The charm of golf was that the night before one was fully persuaded that next morning one would improve. It did not matter whether one did or not. Where there was too much perfection and certainty there was too much mechanism. If there were good golf in Elysian field, he thought Socrates would refuse to play with them if they used ten irons.” He was but a few months from finding out. 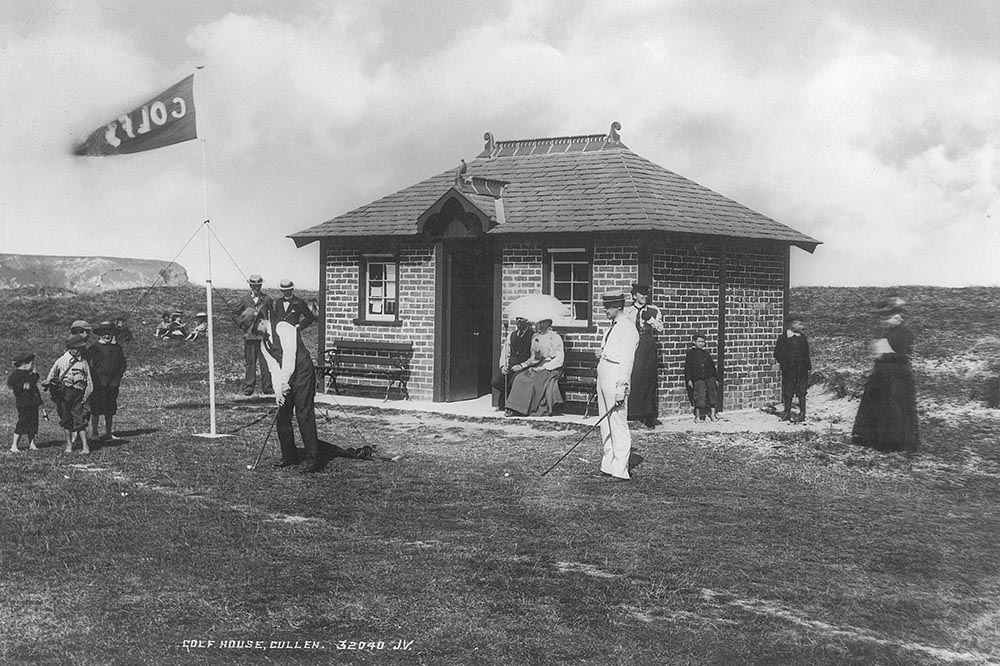 This image reproduced with the permission of Cullen Golf Club.