The passenger service was pulled by an LNER Class F8, built at Gateshead works between 1886 and 1892. The steam engine, numbered 423, was a regular on the run to Allendale and remained in service until 1933. This side tank engine would travel briefly along the Newcastle to Carlisle line before branching left a few hundred yards beyond the junction with the BCR.

A short stretch of the line has disappeared beneath A69 but much of its original 12-mile track bed can still be traced as it takes a circuitous route via Elrington, Langley and Staward before terminating at Catton Road.  Like many of the BCR stations, the end of the line at Allendale was an inconvenient distance from the town centre. The original Railway Act presented to Parliament proposed terminating the line at Path Foot in Allendale with a potential extension to Allenheads but, none of this came to fruition. Conveniently, the Allendale Golf Club at Thornley Gate was less than a half mile walk from the station. 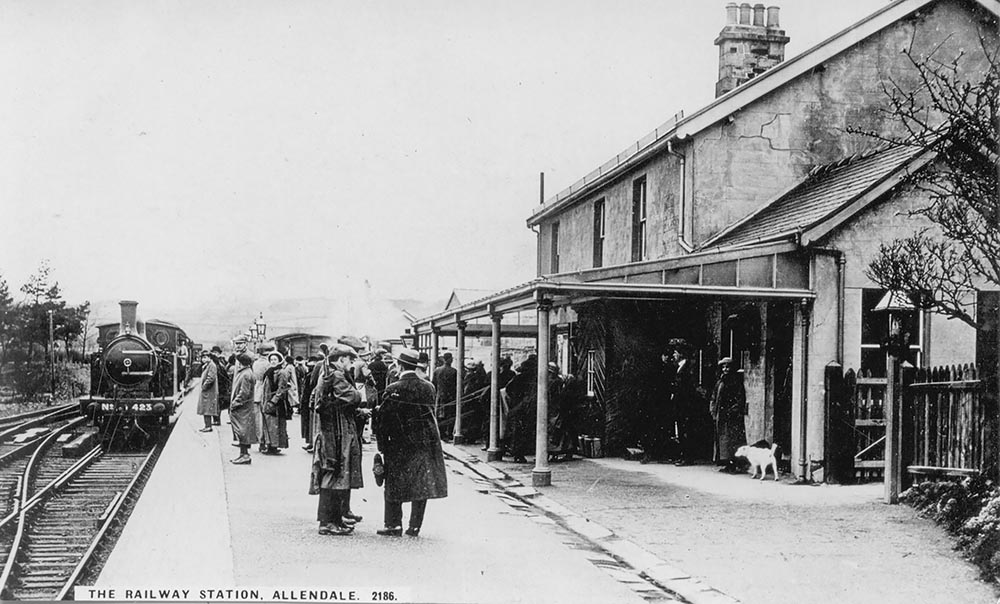 The image reproduced with the permission of the John Alsop Collection.